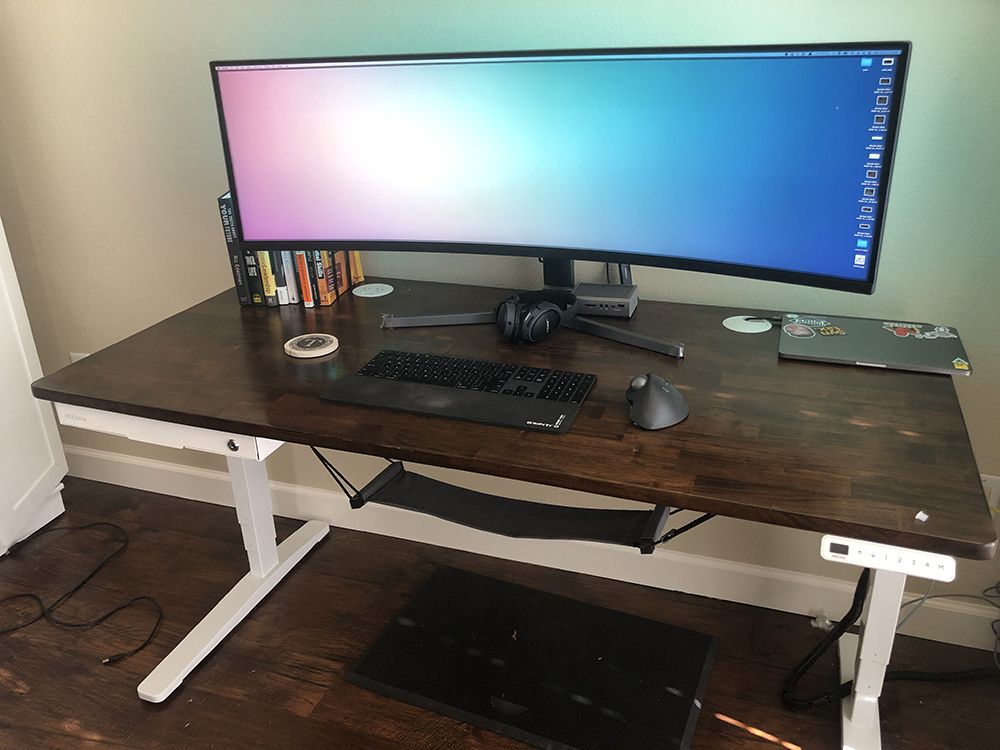 I bought a new super-wide monitor, and hard a hard time with it.

To answer the question that I'm sure brought you to this page. Yes you can run a 2017'ish model Macbook Pro with a Samsung Odyssey G9 at full 5210x1440 resolution. But my path to achieving full resolution wasn't easy. To begin, understand that i'm not a real hardware guy, I was learning and guessing the entire way through this process, maybe someone with a better understanding of computer science could have solved this much sooner.

My issues started the instant after unboxing.

This version Macbook came with 2 Thunderbolt 3 ports, while this monitor only offered DisplayPort and HDMI inputs. Luckily I had a CalDigit USBC Hub that could take in TB3 and output HDMI or DisplayPort. Great! So I plug the cables in to the hub and monitor expecting full resolution and when I turn everything on all I saw was 3840x1080. Definitely not what you'd expect from a thousand dollar monitor.

So no problem, a few quick Google searches and Reddit posts, I figure out maybe i need a real good USBC to DisplayPort Cable. That should solve the problem. So I bought this one... 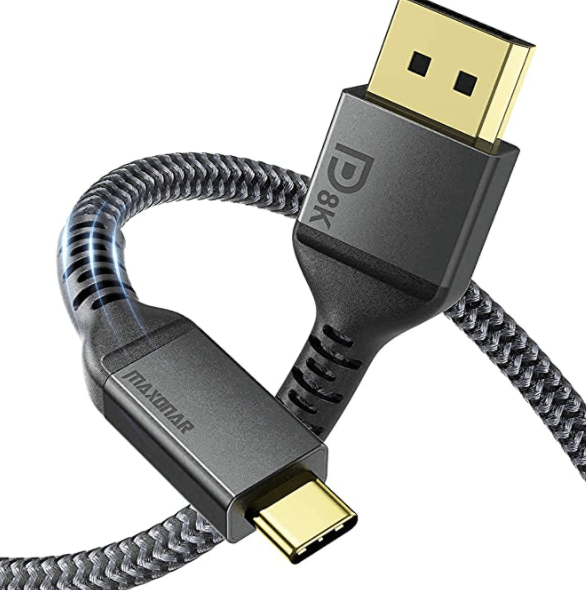 The same result as with the USBC hub, only 1080p, Then I realized the DisplayPort was 1.2, and full resolution needed a DisplayPort 1.4. Again another amazon search returned this little guy for quite a bit more. I thought this must be right if it's that much more expensive. 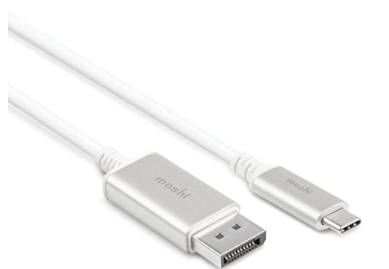 I received this in the mail a few days later, and again no dice.

Maybe the issue wasn't with the cable, maybe it was with the computer itself. Maybe the computer won't support 5k resolution. Let's check the specs on the Macbook Pro from the apple website [https://support.apple.com/kb/SP754?viewlocale=en_US&locale=en_US]

Well, looks like Apple says it will support the resolution on one monitor. So just as long as I don't try to connect anymore to the laptop I should be fine. So maybe I decided to talk to someone at Apple - surely they would have come across this before. I can't be the only one buying one of these monitors. But after two to three chat conversations over a weekend, I was no closer to finding an answer. All I got from Apple support was to reset the NVRAM on the MBP, and check that the monitor was still not working on another account on the computer. Big help there...

Ok so next lets try Samsung, surely they would have tested these monitors out with an Apple laptop...

Wrong again (and I won't call you Surely) - The Samsung support rep essentially said, "not our problem" and, "we can't test our monitors with every type of connection." "Maybe check with Apple and see if there is a hardware problem with the macbook".

Grasping at straws, I had a buddy that used to work at Apple, and was currently working in the Apple ecosystem in an IT role, so maybe he could point me in the right direction. His solution was the Caldigit TS3 Pro, which on their website says supports 5k resolution. Great. The one caveat being that it's not cheap. But my current USBC Hubs wasn't either, so I could sell that and offset the cost, no big deal. So I order the hub from amazon. 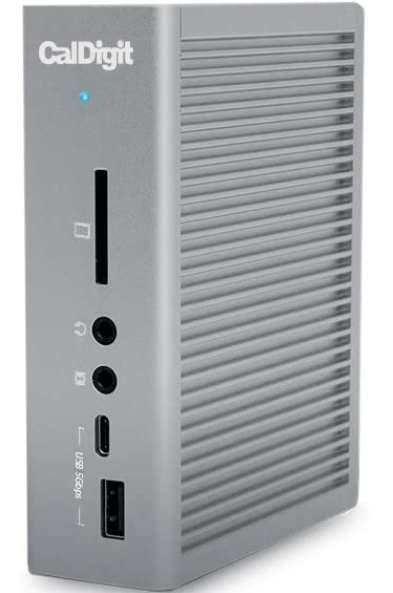 A few days later, my package from Amazon arrives and I hurry to plug everything in, I use their provided TB3 cable to connect the Macbook to the hub, and the Samsung provided DisplayPort 1.4 from the hub to the monitor. Everything should be fine now since I know the hub will output 5k.

I tell myself that at this point, hey 3840 is still pretty nice, and at 1080 the pixels are pretty crisp, this is a lot more horizontal room than you would get on any widescreen monitor, so maybe just deal with it and at some point, I'll get a new computer and things will work. But I still had the itch to figure this out, it was more of a nagging problem that this should work and that was driving me crazy.

The next day I posted to Reddit on r/ultrawide a few of the comments back were essential "can't be done", or "EGPU is needed" - that was a new one, I'd never really heard of an EGPU. After researching a bit, I couldn't justify $500-$600 for another graphics card.

One last grasp at a solution was to talk to the support folks at Caldigit and find out if they have dealt with a MacBook trying to get resolution using their hub.

The results of my conversation with Caldigit were pretty simple. The hub only outputs 5k from the TB3 port, and that If It should work if I use a usbc/DisplayPort video adapter to connect to the monitor. 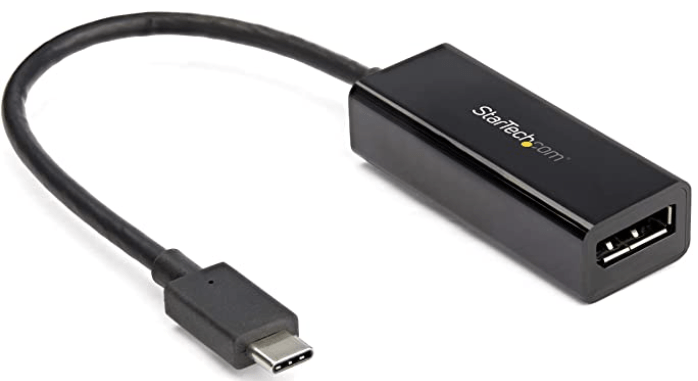 Another few days later and the adapter arrives, so I turn the hub around to plug the adapter in, and check the display settings on the monitor and it shows 5210x1440 as the resolution. 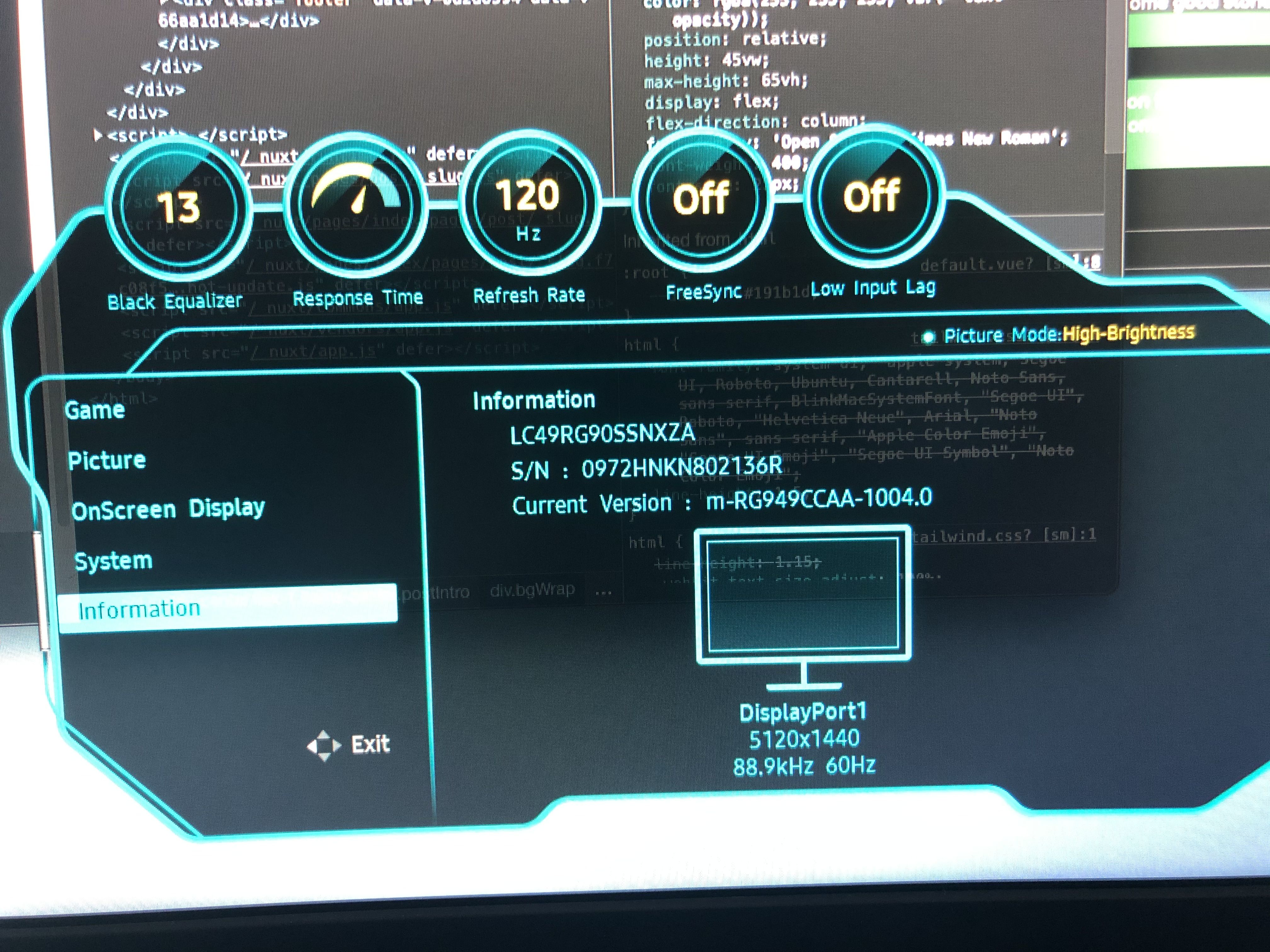 Congratulations we did it.

Again, I'm sure had I known what I was doing this could have been solved in the afternoon, but I didn't and it wasn't.

Anything broken? Let me know @mattbtay. It's hot down here in TX, sometimes it'll mess with ya.